Celebrating a Century of Service

The New Jersey League of Municipalities celebrated its 100th anniversary in 2015.

The League of Municipalities was founded in May 1915 when fifty-one charter member municipalities adopted a League Constitution and elected Mayor Donnelly of Trenton as the fledgling group's first president. The League has grown substantially since its early days; currently all 565 municipalities are members. Throughout the League's first 100 years, one factor has always remained the same: a dedication to serving municipal government. 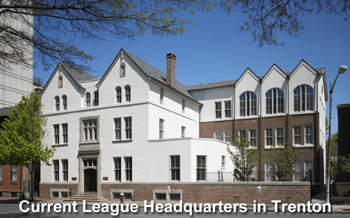 Join the League in celebrating 100 years of local government cooperation and dedication to good self-government, and looking towards the future to celebrate 100 more!